Professor Peter Gorm Larsen, head of the AU Centre for Digitalisation, Big Data and Data Analytics (DIGIT) and figurehead of the university’s investment into the hyped technology of digital twins.

Digital twins are without doubt the future for the manufacturing industry. The technology could completely disrupt the normal way of developing products.

At Aarhus University, Professor Peter Gorm Larsen has spearheaded the development and planning of a multitude of industry-related projects within digital twins. Everything is consolidated at the university's Centre for Digital Twins, and with a total budget of more than DKK 750 million for just two years, the professor sees developments moving only one way: forwards.

For Peter Gorm Larsen, it all started back in 2018, when the Poul Due Jensen Foundation tapped him on the shoulder to offer support for his future research.

More than 100 companies, over 50 knowledge institutions, a bulging project bank anchored in different pan-European networks, and more than DKK 750 million in research project funding from different organisations (DKK 75 million of that alone reside at AU). In just two years, Aarhus University has become a magnet for research, innovation and business collaboration in the field of digital twins, and behind it all is one professor: Peter Gorm Larsen.

The university officially opened its Centre for Digital Twins in May 2019, and since then Peter Gorm has been busy exploring the many new opportunities in this promising technology.

"There’s a huge need in industry to clarify whether this technology can add value. And if we are to succeed in the fierce international competition, companies, authorities and universities have to work together on the digital front. I hope that we can help many Danish organisations to overcome their initial challenges and embark on their digitalisation journey," he says.

"I’m glad that the municipality where I grew up is leading the way, because I want to give something back to my old county, who back then decided to build an upper secondary school in Ringkøbing. If they hadn’t, I’d never have continued education after lower secondary school.”

This idea also lies behind the collaboration on the Digital Transformation Lab in Ringkøbing-Skjern Municipality (see page 14), which also centres on the professor. The plan is for more projects and new collaborations, across sectors and with partners from across national borders.

For Peter Gorm himself, his digital twins journey started many years ago.

The whole concept of digital twins was originally born during the Apollo 13 mission in April 1970. Back then, Peter Gorm Larsen was six years old and not very interested in his school lessons. Sport was his major enthusiasm, and it remained so throughout his schooling, so that his long-term plan was to work in a sports shop, while most of his school friends went on to become fishermen.

Peter was bored when he left school, and he had no plans to take go on to upper secondary education. He had an apprenticeship in a sports shop, and he never thought about further education until the owner said to Peter one day that if he wanted to take over the shop one day, he would be well advised to consider taking a business qualification.

In August 1979, Ringkøbing County was forward-looking and opened the new Ringkøbing Gymnasium upper secondary school for students. In the following year, a young Peter Gorm jumped on the band-waggon. He didn’t send his application until a month after the deadline, but fortunately he got in. Upper secondary school opened Peter’s eyes to subjects he actually thought were exciting. Mathematics, physics and technology at a general level.

This led to him applying for an engineering degree programme at the Technical University of Denmark (DTU) in 1983.

Peter Gorm Larsen is currently one of the pioneers of research into digitalisation, cyber-physical systems and digital twins. The latter took off in earnest in 2018, and Peter Gorm gives the honour for this to the Poul Due Jensen Foundation.

"They came and tapped me on the shoulder in 2018, saying, 'we’d like to support you in your future research, if we can find a good research area’. This was a strange experience for me, because I was used to going out and applying for funding from others, rather than having them come to me with project funding," says the professor.

Therefore, he sat down and wrote a document about all the research he had done, and what he saw as the important direction for research into digitalisation for the future. There were three vision areas on his list, one of which was digital twins.

The funding resulted in Aarhus University's Centre for Digital Twins, and the journey has only just begun:

"A lot of companies will have to join this digital transformation journey, and Ringkøbing-Skjern Municipality is showing the way as ‘early movers’. This demonstrates a willingness to embrace modern technology that is so vital for our manufacturing industry. I'm glad that the municipality where I grew up is leading the way, because I want to give something back to my old county, who back then decided to do build an upper secondary school in Ringkøbing. If they hadn't, I'd never have continued education after lower secondary school," says Peter Gorm Larsen.

Professor Peter Gorm Larsen is currently the head of section for Software Engineering and Computing Systems at the Department of Electrical and Computer Engineering at Aarhus University. 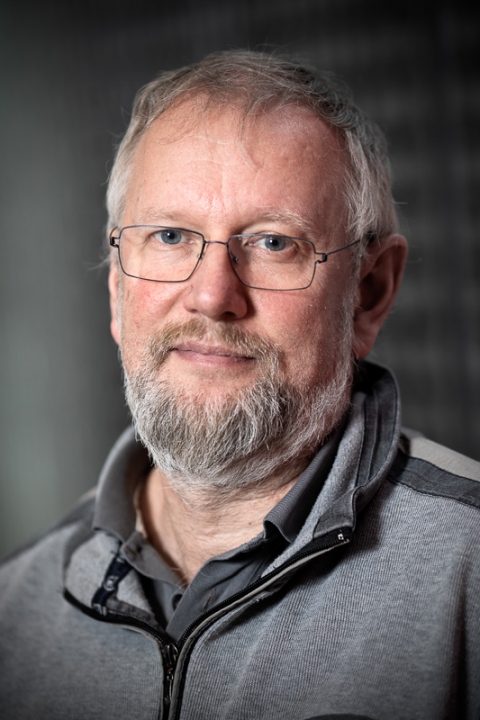 A digital twin can give manufacturing companies a completely new layer of technical insight that can prove invaluable in developing or improving products or in generating ideas for the next generation of the product.

Digital twins emerged as a concept in connection with the Apollo 13 mission. For the first time, engineers at NASA attempted to simulate the importance of changes in the space capsule from their base on Earth before the changes were implemented by the stranded astronauts in space.

The technology was picked up on by the manufacturing industry for the first time in 2002. 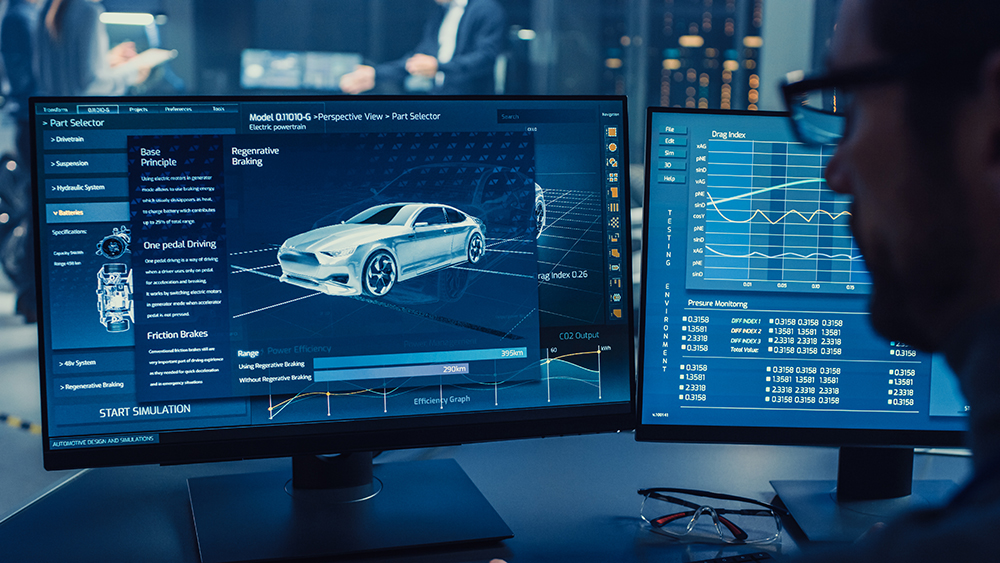 A pan-European consortium consisting of vehicle manufacturers, research institutes and suppliers have joined forces to set up a new research and development project that will help industry convert from physical to virtual prototypes.