The researchers artificially insert the enzyme into the cells of the oleaginous yeast Yarrowia Lipolytica thereby engineering its metabolism. The yeast synthesizes glucose, originating from biomass, into lipids (specifically the molecules free fatty acids and fatty acyl-CoAs) which is then converted to alkanes by the enzyme in a metabolic reaction called fatty acid photodecarboxylase, in short FAP. 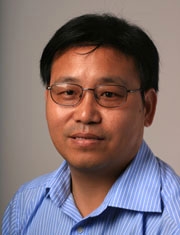