Hasan is 3D printing a tiny-house in Holstebro

Hasan Alsofi graduated as a civil engineer in January 2021. He has now established a building contractor company called 3DCP with his friend Mikkel. Together with the Municipality of Holstebro, they are building the company’s pilot project. Their dream is to become Denmark’s first 3D-print contractor and to completely revolutionise the construction industry.

In the centre of Holstebro, a stone’s throw away from the train station, a completely new kind of house has seen the light of day. The contractors, 3DCP ApS, are building a prototype 37-square-metre, architect-designed 3D-printed tiny house in collaboration with the Municipality of Holstebro, Saga Space Architects, Bygkontrol ApS and Cobod A/S.

Behind 3DCP are the two student friends, Hasan Alsofi and Mikkel Brich. Both are graduates from Aarhus University, Hasan in civil engineering and Mikkel in law, and they are now about to completely rewrite the rules for one of the world’s oldest industries.

“With the help of modern 3D printing technology, we can build better, cheaper, more exciting and sustainable buildings. And we can build them much faster. 3D printing is no doubt a huge milestone for the construction industry and the methods that have been the standard for centuries. And it’s fantastic to see the prototype rise up layer by layer, and see our vision become a reality,” says Hasan Alsofi.

The two friends founded the company after completing their studies. They “played with the idea of 3D-printed buildings, because we thought it was cool and super efficient,” explains Hasan. Mikkel comes from Holstebro and he knew about a vacant building site, so he contacted the municipality, who were immediately ready to join the project:

“The enquiry from 3DCP is a really interesting initiative and it may show us something about the construction methods and living forms of the future. Thanks to the innovative processes in 3D printing, we can build new and sustainable buildings in less time, and this will release time and expertise to refine other processes,” says Thomas Leerberg, head of planning at the Municipality of Holstebro.

With 3D-printed houses, you can build faster, greener, cheaper and with greater architectural freedom. The raw house of 37 square metres can actually be built in just eight hours, and this could help to release resources to build better, and focus on a better indoor climate and more sustainable solutions in general.

“It’s crucial that we have more green, healthy and sustainable solutions for the building sector,” says Kasper Lynge, deputy head of department at the Department of Civil and Architectural Engineering at Aarhus University.

Today, buildings account for approx. 40 per cent of Denmark’s total energy consumption, 65 per cent of buildings were built before 1980, when there were no real requirements for energy consumption and indoor climate, and producing materials for the construction industry is one of the world’s largest contributors to climate change.

“We’re looking into the future with this pilot project,” says Kasper Lynge. “Automation and digitalisation are becoming increasingly important in construction for several reasons. Firstly, we can build faster and cheaper and with completely new shapes than previously, and secondly, we can minimise waste and use fewer materials. “

“Right now, we use concrete, but in the long term, with 3D printing, we’ll be able to start looking at other materials such as clay. We look forward to following the project and finding out more. We need people like Hasan and Mikkel, who just throw themselves into it. This is how we can develop the construction industry.”

The Department of Civil and Architectural Engineering is supporting the project through knowledge collaboration. When the prototype is complete, the plan is for the university to carry out measurements in the building and to incorporate this knowledge into engineering programmes.

The plan is to build prototype tiny houses on the site in Holstebro. However, the local authority would like to go further than just prototypes, and Thomas Leerberg says that he expects the municipality to have 3D-printed tiny houses ready for habitation soon, if everything goes well.

Why experimental construction is the way forward

That the company 3DCP embarked on a 3D-printed building in Holstebro is not merely interesting. It is a potential revolution for the construction industry, because it is an excellent way for the industry and knowledge institutions to work together, says Kasper Lynge, deputy head of department at the Department of Civil and Architectural Engineering.

It is not often that something shakes to the core the world’s probably oldest industry, the building industry, but 3D printing could do just that. The technology is advancing in leaps and bounds, and many interesting projects are already being realised all over the world.

Denmark’s first 3D-printed house was built in Holstebro in 2021-22. Two newly qualified graduates from Aarhus University, Mikkel Brich and Hasan Alsofi, were behind the achievement, and they founded the company 3DCP.

“They’re passionate in the true sense of the word, and that’s exactly what we need. Because experimental buildings like this can really take us forward as an industry - and people like this can take the lead, show the way ahead and demonstrate that it is actually possible for a new technology to have a major impact on how we build,” says Kasper Lynge, deputy head of department at the Department of Civil and Architectural Engineering at Aarhus University.

3D printing is a major part of an ever-expanding digitalisation and automation of the construction sector. And there’s no getting away from the benefits: faster construction, lower costs, opportunities to build more complex structures, more focus on function and less waste generation.

But we must remember that the technology is still in its infancy. As a result, according to Kasper Lynge, there are many construction-technical aspects to be improved in the 3D printing technology, so that it can be integrated and optimised in relation to current rules and standards for indoor climate, energy consumption and air leakage.

And because of this, it is also quite alright today for structures to be 3D-printed in high-strength concrete, for example.

“Right now, we need to get to know the technology. It has to be developed and streamlined before we can develop the materials we print with. That’s why it’s important that universities get involved in these projects to help test, measure, weigh and document and target our research and development to optimise this technology, which is so important for future construction,” he says.

“I hope that we can get more collaboration across disciplines and the sector. Let’s meet where construction is actually taking place. I’m sure we can help each other much more, and experimental buildings like the one 3DCP is working on are an excellent mouthpiece for fusing together regulations, standards, innovation and research.” 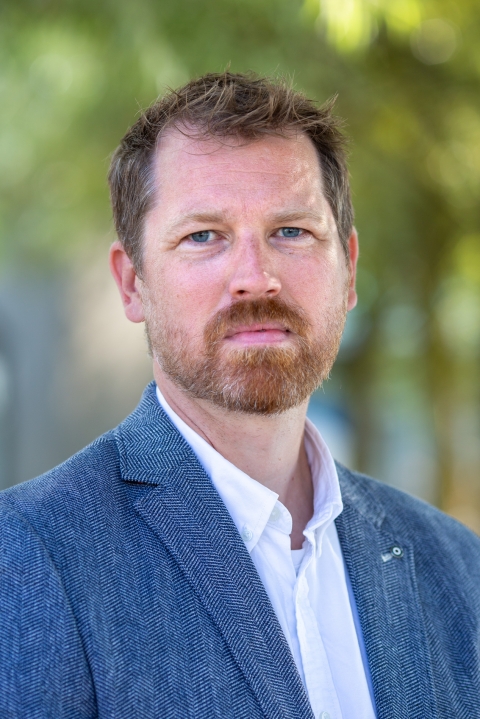