It may well be a nice idea to buy organic, but you can never be sure that the products you buy really are 100% organic. A major new EU project is tackling this problem by making organic farms more organic.

Organic isn’t just organic. In fact, there can be considerable variation in just how organic an organic product really is.

The fact is that organic farms throughout Europe are not actually 100% organic. They may well not spray crops with pesticides, but quite often a farm may use some other substances that don’t belong in nature. Take copper for example, which is prohibited in Denmark, but which is still used in several places in the rest of Europe.

"With this project, we’re trying to get organic farms in Europe to approach 100%," says Claus Grøn Sørensen, senior researcher from the Department of Engineering at Aarhus University about the EUR 7-million Horizon 2020 research project, OrganicPlus.

Among other things, the project is focusing on a long list of substances that should not be used in organic farming. What happens if we try to phase them out? What alternatives are there, and what are the consequences of using them?

"We’re looking at whether there are other, safer alternatives. For example, sulphur is often used in orchards because it is an effective treatment against various diseases such as scab. Of course, sulphur is not directly a pesticide but, in principle, it's still a foreign agent in organic farming," says Claus Grøn Sørensen.

And it's not just about orchards. The research project is examining all aspects of the many different types of European agriculture: for example fertilizers, plant protection, livestock production and alternatives to synthetic vitamins and antibiotics. 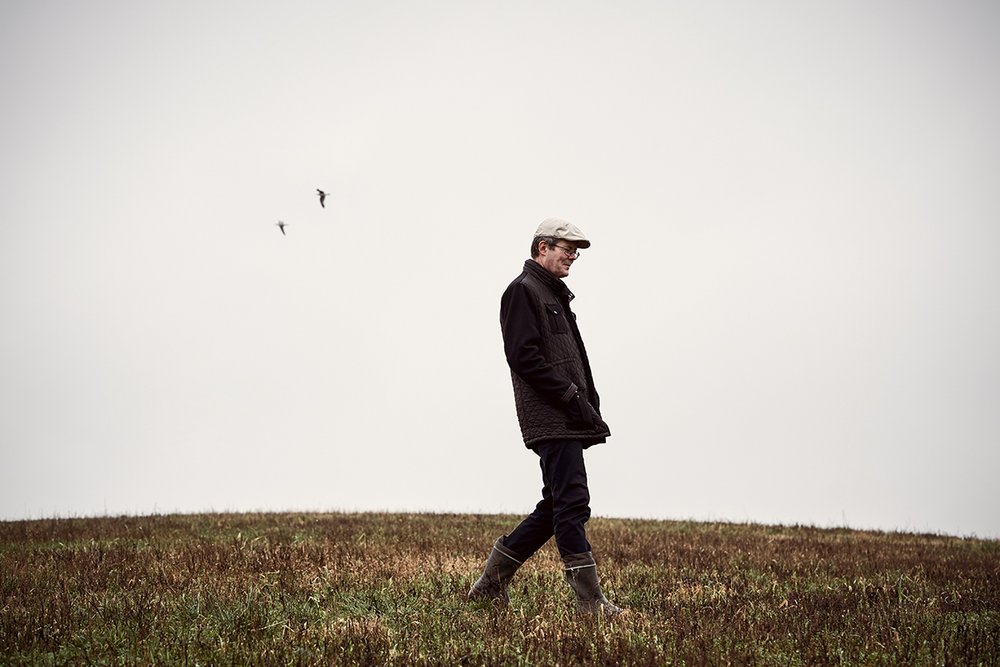 "In my opinion, we have reasonably strict regulation in Denmark for organic farms, but the organic label doesn’t mean that the product is 100% organic," says Claus Grøn Sørensen and hopes, the OrganicPLUS project can contribute to more purely organic farming. Photo: Peer Klercke.

"Our specific work package is about finding out what happens if you phase out these substances. Will it make production more difficult, for example? Will it mean more work? Will it be more expensive? Or perhaps more livestock will fall ill? Others in the project are looking at the consequences for the sustainability of the entire farm," says Claus Grøn Sørensen.

New guidelines for all of Europe

The project is using modelling based on a wide range of trials already completed, as well as full-scale trials, where farms across Europe will phase out various substances and learn from their experiences.

"For example, a farm in Italy producing cheese from milk wants to replace antibiotics with something plant-based. In this case we’re be looking at real alternatives and we’re modelling future scenarios for what these may mean for the farm."

The aim of the project is to develop guidelines for agricultural organisations across Europe. Including in Denmark, where organic farming is not 100% organic either.

"In my opinion, we have reasonably strict regulation in Denmark for organic farms, but the organic label doesn’t mean that the product is 100% organic. For example, Danish organic farms often use livestock manure from livestock farms that are not organic. And you could say that this influences how organic the farm is," says Claus Grøn Sørensen.

·       Ministry of Food Agriculture and Livestock