Solar cells are currently the world's most talked-about renewable energy source, and for any future sustainable energy system, it is crucial to know about the performance of photovoltaic systems at local, regional and global levels. Danish researchers have just set up an historically accurate model, and all the data has been made available for anyone who wants to use it.

Solar energy is advancing in earnest throughout the whole world. Over the past three years, more photovoltaic (PV) installations have been installed globally than any other energy source, and the annual growth rate between 2010 and 2017 was as high as 24%.

In global terms, it has been predicted that solar energy will play a similar role to wind energy in the sustainable energy systems of the future, but this requires precise models for how much energy PV systems produce.

Danish researchers have now developed these models in a major research project at the Department of Engineering, Aarhus University and the results have been published in the journal Progress in Photovoltaics.

"We’ve collected 38 years of global solar radiation, weather and temperature data with a spatial resolution of 40 km x 40 km for the entire globe, and compared this with historical data for photovoltaic installations in Europe. Based on this, we’ve made a very accurate model that, at global, regional and local levels, can tell you about the performance of PV installations in a given geography, depending on the type of facility being used. This means we can look at not only a single installation, but energy production in entire countries or continents from PV installations. This is extremely important for the way in which the energy systems of the future can be combined to function optimally," says Assistant Professor Marta Victoria, who has been responsible for the project. 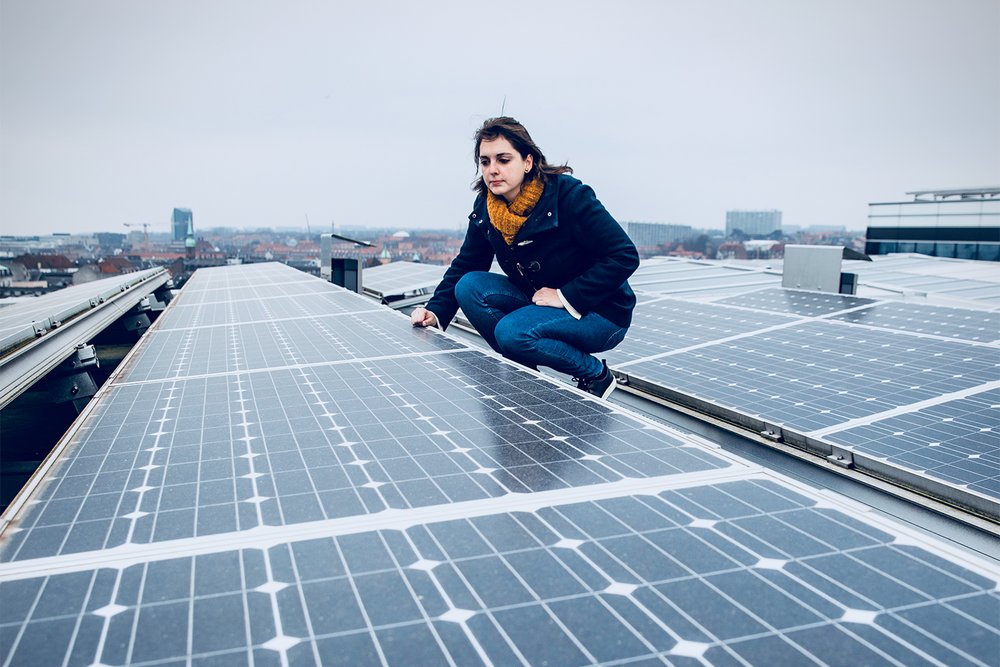 Marta Victoria. The project, which is named "Using validated reanalysis data to investigate the impact of the PV system configurations at high penetration levels in European countries" is a part of the RE-Invest project, which brings together a large number of Danish and international universities and companies to create the energy system of the future. Photo: Lars Kruse.

"Generating cheap green energy is no longer a challenge. The price of PV installations has tumbled over the last 10-20 years, so we’re now seeing huge investments in this particular energy source. The challenge is to link energy production from myriads of small installations across the landscape with a country's total energy demand and energy production from other sources, some of which is also linked across national borders."

The problem is also that the green energy system of the future depends on renewable energy sources, which in turn depend on the weather. This is why, according to Marta Victoria we need very accurate and detailed knowledge about energy production.

"PV installations will have a huge impact on the energy systems of the future, and planning systems based on models that do not take into account the outages in relation to the norm simply won’t work. Therefore, this project has gathered very detailed data over time for the last 38 years for the entire globe, so that the model can be used anywhere," she says.

All the data in the model has been made readily available to everyone via Open Licence.

The project is part of the RE-Invest project, which is being funded by Innovation Fund Denmark, and which brings together a large number of Danish and international universities and companies to create the energy system of the future.