AU sends satellite into space: "The culmination of my boyhood dream"

On Tuesday evening at 7:38 Danish time, a SpaceX Falcon 9 rocket will shoot skywards and into space from Cape Canaveral in Florida. On board will be the Delphini-1 satellite that engineering student Kåre Jensen has helped to construct.

Throughout 2017 and 2018, five students from Aarhus University have been piecing together the Delphini-1 nano-satellite: Aarhus’s first satellite. Now the satellite has been loaded into the cargo bay of a SpaceX Falcon 9 rocket, ready to be launched towards the stars on the evening of Tuesday, 4 December.

One of the five is Kåre Jensen, an MSc in Engineering student who has been dreaming of the stars and of working in the space industry since he was a boy. He can't get much closer than where he is now, and he’s still a student.

"I'm really looking forward to the satellite launch on Tuesday, so that we can finally start using it. We’ve been working towards this for the past two years, and it’s the culmination of my boyhood dream; to be in the control room and to help take space research one step further," he says.

The five students are but a small part of the entire crew behind the Delphini-1 project. In total, 30 students have been involved in the project and 20 of those - including Kåre - will leave for Cape Canaveral Air Force Station in Florida on Sunday, where they will watch the launch live as the 290-tonne rocket takes off from the launch-pad at Space Launch Complex 40.

The Falcon 9 rocket will take the Delphini-1 satellite up to the International Space Station, from where it will be sent out into its orbit around the Earth.

Kåre has always considered that becoming an engineer was a natural step in his ambition to work in the space industry. Kåre has revelled in solving problems and finding new ways of doing things, ever since he was a boy. He has always had an inventor in his blood, and he sees this as a great advantage if you want to study for an MSc in Engineering:

"Engineering science is very much about solving real problems in the real world. Finding new, smarter ways of doing things. This is how you can change the world for the better. Not only in the space industry, but in all sectors. I think it’s one of the things that makes studying engineering such fun," says Kåre.

Delphini-1 is Aarhus University's first satellite and is the start of the University's space programme: AUSAT.

Read more about AUSAT and Delphini-1 below (continues below the picture). 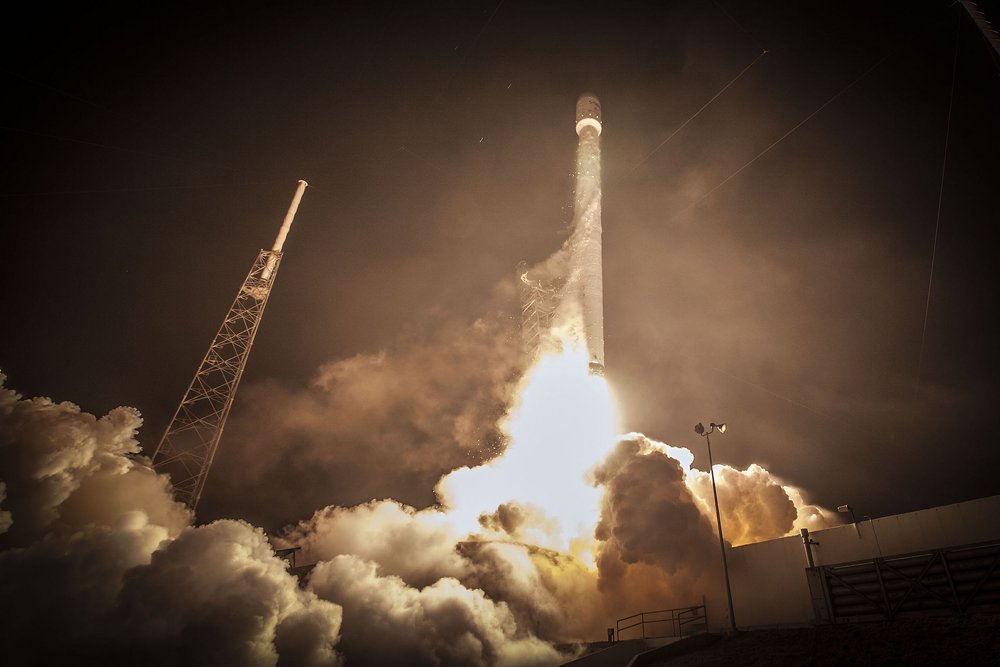 It will look a bit like this, when the Falcon 9 rocket launches on Tuesday. Photo: Wikimedia Commons.

Read about the study programmes