He became a professor in 2005. He defended his doctoral dissertation in 2013. Now, Sven Gjedde Sommer has started on the next chapter in his quest for green livestock production in Denmark at the Department of Engineering, Aarhus University.

There was no such thing as sustainability back in the 1960s, when Professor Sven Gjedde Sommer was a boy on Funen. Back then sulphur soap from dry cleaners caused foam in watercourses, and industry discharged waste water directly into the sea. And the environment debate raged on.

Sven Summer grew up in Faaborg, and he remembers how a local abattoir discharged waste water directly into Faaborg Fjord. He remembers how the water from the abattoir pushed large blood-red fans into the fjord, which he dived under with his friends.

They never thought much about it. It was just how thing were.

His interest in the environment came later. In the 1970s, when the Limfjord was dying. He was a keen angler, and he could read in the newspapers and watch on television how fish were dying everywhere. Eutrophication. This was when Sven Summer decided to study to be a biologist or agronomist. Something to do with the environment anyway. He ended with the latter.

"I wasn’t the only one interested in the environment back in the ’70s. There was considerable interest in keeping the land and surface water clean. You could see the effects of pollution - it was visible in nature in an entirely different way than today. But back then you never even thought that agriculture could be a possible source of the pollution. We mostly looked at industry," says Sven Sommer.

But Sven Sommer, who started his research career at the Danish Environmental Protection Agency, soon realised that agriculture accounted for a large part of the pollution.  Farmers use both commercial fertilizer and livestock manure to fertilize their fields. The latter was only considered as a kind of bonus, and it was spread over fields randomly at all times of the year. It was very inefficient. There was not enough thought about when crops are best able to absorb nutrients or the size of the fertilising effect in manure. Together with the ordinary use of commercial fertilisers, this led to a huge amount of run-off from fields.

(The article continues below) 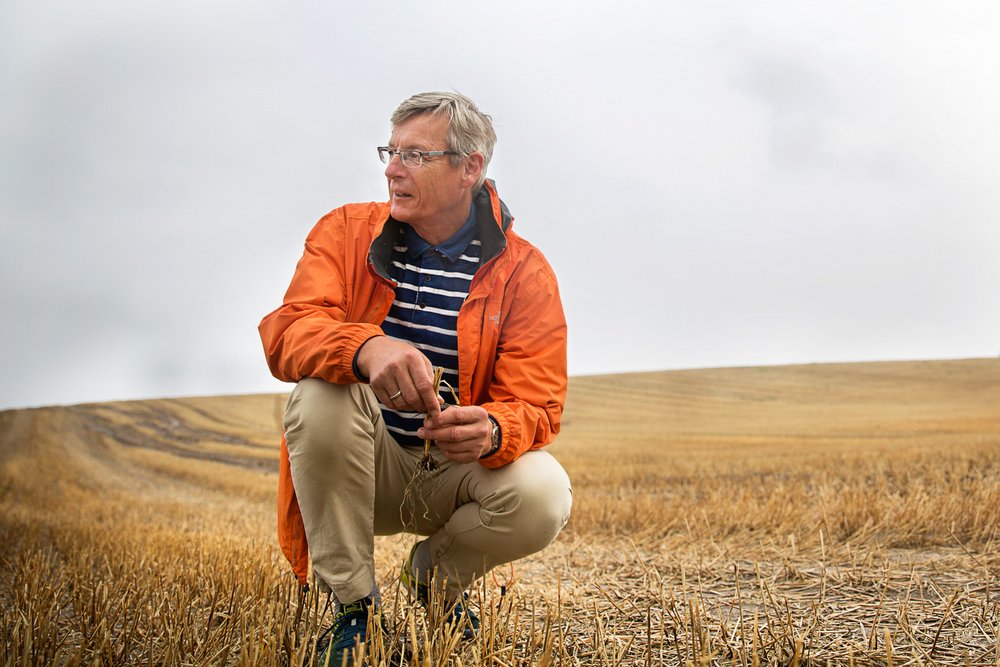 Later, Sven Summer moved to the Danish Institute of Agricultural Sciences, where he took a PhD focusing on ammonia evaporation - yet another area where agricultural impacts had been overlooked. The Professor was to be one of the first in the 1980s to describe the extent of the problems caused by agricultural ammonia emissions in nature. Today we know that agriculture accounts for 80-90% of ammonia emissions.

However, this does not mean that he has finished his research. There is still a lot to be done to make Danish agriculture even more sustainable," says the professor, who in 2013 defended his doctoral dissertation on the influence of pH on the evaporation of ammonia into the environment.

Ammonia evaporation adds to greenhouse gas emissions, and in this context Sven Sommer is working on a project to get more insight into the metabolic processes taking place in manure in livestock sheds and out in slurry stores. He hopes to make system-based models to calculate exactly how much greenhouse gas and ammonia is emitted from the livestock manure.

Sven Summer is also working on a project to convert slurry into a high-value phosphorous fertiliser.

Phosphorus is a limited resource dug up from mines around the world. The EU currently imports all the phosphorus used in commercial fertilizer, but Sven Sommer hopes to retain the phosphorus in manure so that it is not lost.

For many years, he has also had a passion for work with developing countries.

"I have close cooperation with Vietnam, where we’re developing technologies to improve the way we exploit manure from livestock. Today much of the slurry goes directly out into recipients, but by using the slurry more effectively, we can perhaps transform it into a valuable commodity. We can do the same thing in many other places around the world, where farming is becoming more and more intensive," says Sven Summer, who will continue his work to keep Denmark at the forefront in sustainable animal waste technology and clean agricultural production.