Denmark has long been at the forefront of renewable energies and their system integration. Danish energy research is now helping China plan its transformation to a 100% renewable power system.

Over the past twenty years, the two-digit annual growth of the Chinese economy has led to enormous increases in energy demand and consequentially air pollution due to the heavy dependence of coal-fired power plants.

Now, Danish energy expertise is helping the Chinese to find out how best to reach their goal of almost 100 per cent renewable energy. China is a huge country, and not all sites are equally suitable for solar or wind energy.

Therefore, PhD student Hailiang Liu, who himself was born and raised in China, is now in the process of modelling the Chinese energy systems so that they can be optimized for future green energy networks.

"Here at Aarhus University, we’ve developed a tool that provides very high-resolution renewable power time series that can be used to model energy systems on various scales. In this project, we’re using this software to quantify the advantages of a heterogeneous distribution of green energy generators among Chinese provinces," he says.

The right layout is important

The wind blows in some areas in China far more than in other areas, and the sun shines more in some places than in others. That will always be true in a country of almost 10 million square kilometres.

A smart renewable investment roll-out based on 40 years of weather data is crucial in systems of such complexity.

China is already well underway in the renewable transit, and a quick look at the stats shows that today approximately 5% of the total energy comes from wind, 2.5% from solar, 20% from hydropower and as much as 60% from coal. Therefore, there is ample opportunity to invest in renewable energy sources and limit coal-fired power.

And this is precisely what the Chinese are doing:

"China is building a solar farm as big as a football field every single hour. Renewable energy sources in China are growing at a tremendous rate, but we need smart distribution of these sources, if we are to maximize green output. Getting to 100 per cent renewable energy will be expensive, but it will be less expensive if we do it right," says Hailiang Liu. 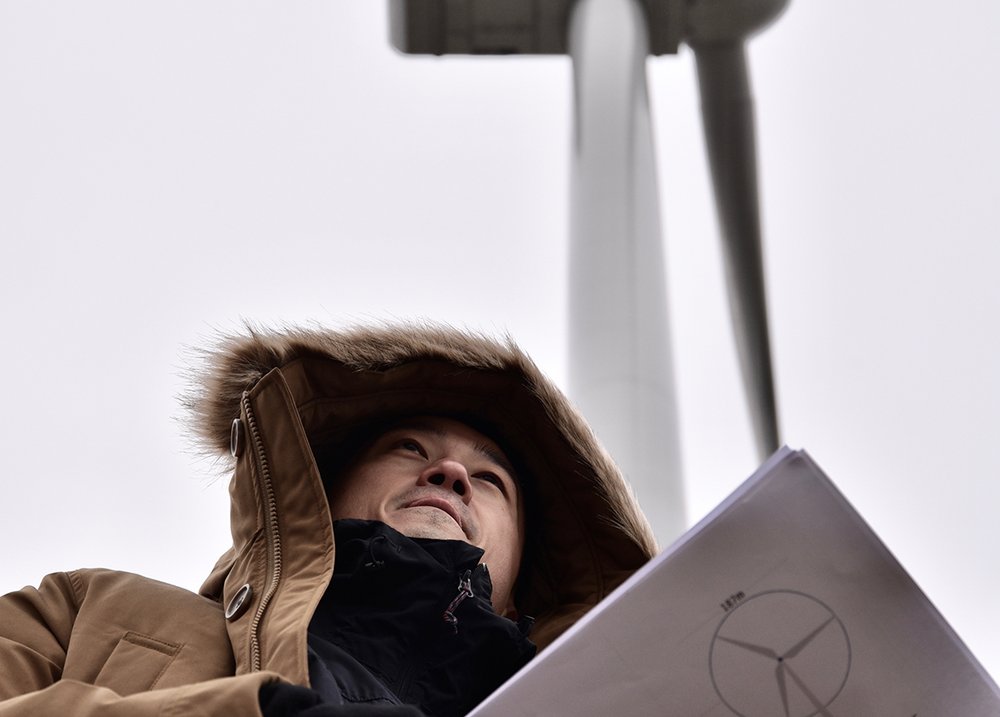 Hailiang Liu grew up in China and has felt the impacts of air pollution himself. That's part of the reason why he chose to become an engineer and researcher on green energy transition. Photo: Jesper Bruun.

For Hailiang Liu, it’s almost personal. He grew up in Shandong province in the north, with almost 94 million residents, and where air pollution over the past few years has been severe especially in winter. His early years were spent in a "small town" with just 700,000 inhabitants, and he grew up in the middle of a heated environmental debate.

“Back then, air pollution wasn’t the hot topic: it was water pollution in lakes and rivers, and that played a major role in why I chose environmental engineering. China improved its aquatic environments quite fast though. And that's very motivating: when we want to change something for the better in China, we really commit to it.”

According to Hailiang Liu, however, the air pollution problem will take longer:

"Air pollution is a much bigger problem, and China can’t change it that fast. It’ll probably take something like 20 years, but we’ll get there, and I’m proud to be able to make a difference with something that will affect so many people's lives," he says.