Tired of that little swirl in your hair you can never get straight? You might as well get used to it, for nature has a very good reason for putting it there.

Mathematics is often accused of being distant from reality and just a lot of theory; masses of figures that ordinary people neither can nor will ever use for anything in their lives.

However, in reality, mathematics is fundamental to everything around us, and mathematics can help us to understand the big questions, such as why and how life arose.

A team of researchers has just published an article in the prestigious international scientific journal ACS Nano. Marcelo Dias is one of the team, and he is also an assistant professor at the Department of Engineering at Aarhus University. And what he and the rest of the team came up with was an eye-opener in relation to the interplay between mathematics and emergent complex phenomena in the natural world.

"This is one of the best examples I've ever seen of how mathematics has everything to do with nature, and why grappling with mathematics is so crucial to our understanding of the world around us," he says.

Using mathematical models, the research team has described the quirky patterns that are spontaneously formed throughout nature. Think about fingerprints, those swirls in your hair, structures in leaves and vegetables, fungal growths and microorganisms. Roughly the same patterns are found everywhere.

The researchers call these swirls topological defects. But they are not at all defects in the usual sense. Mathematics determines that they must be there so that the patterns and structures can be formed.

"The patterns and the topological defects are automatically formed and are fundamental in bringing order to an otherwise chaotic nature," says Marcelo Dias.

It is all about what researchers call self-assembly, i.e. that elements, from right down to the smallest building blocks of nature, automatically combine with each other and form ever larger and increasingly complex structures and patterns. 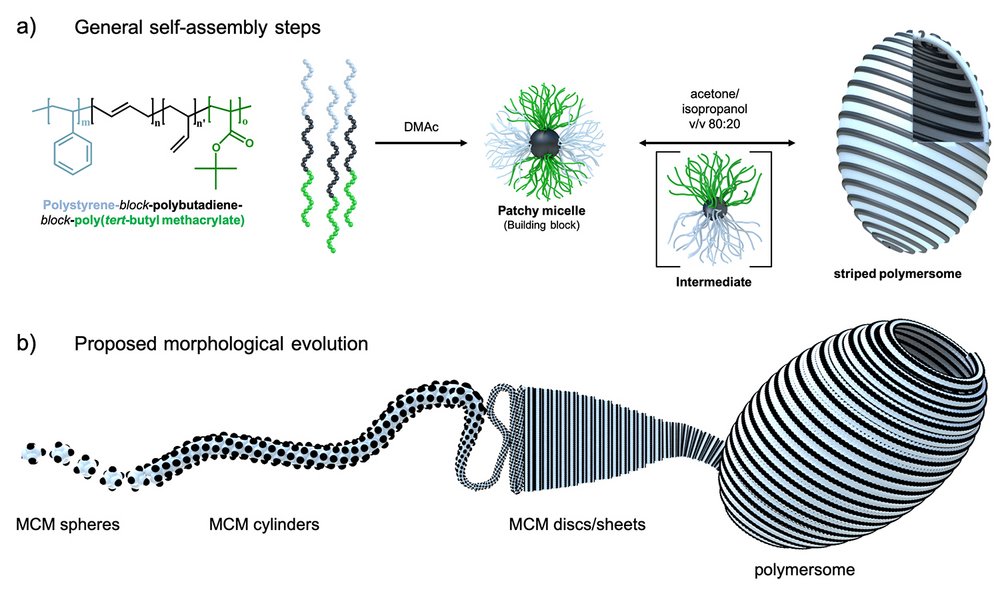 Self-assembly of different molecules to ever larger and more complex structures.

In plain words, if you throw a handful of molecules into a bowl, they will slowly start forming intricate patterns without any influence from the outside.

And this is what the research team has done here. They observed molecules' tendency to self-assemble, and then they tried to explain this mathematically.

"We've taken a lot of molecules with a specific structure, in this case block copolymers, and then just let them ‘do their thing'. And all on their own, these molecules organise themselves hierarchically into discs and polymersomes (or vesicles) featuring these topological defects," says Marcelo Dias.

Block copolymers are chain-like molecular structures that are organized in two or more blocks. Each block is a polymer molecule made of their own monomeric units. And when these blocks are interacting, they form ever more complex patterns.

"The patterns don’t just form randomly, and this is actually the whole point. It all happens according to mathematical laws dating back to Gauss and Poincaré more than a century ago."

It may well be that the team of researchers have now identified the same mathematics that explains why swirls arise in hair and fingerprints, but ‘so what?’, you may ask.

Well, self-assembly is actually the story of life itself.

For instance, self-assembly is paramount for the creation of viruses. A virus particle consists of a genome surrounded by a self-assembled protein membrane called capsid. Self-assembly as a term was actually originally coined to describe the formation of these viral capsids. 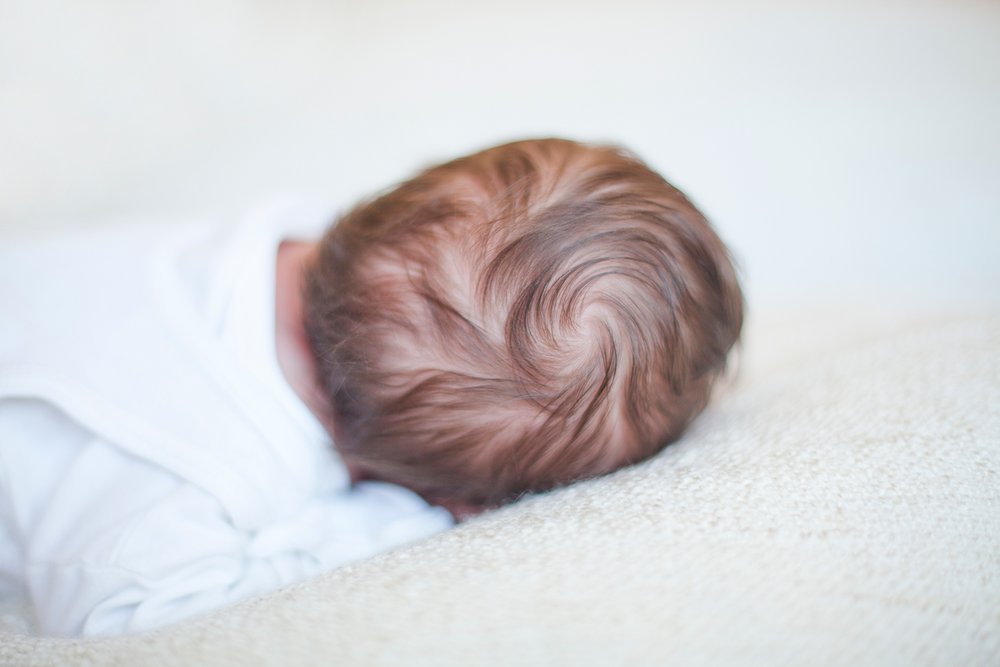 Swirl in a baby's hair. Self-assembling processes are not just occurring at microscopic scale. The processes are going on throughout nature all the way up to planetary scale. Photo: Colourbox.

Self-assembling processes however are not only common on nanoscopic scale. The processes are common throughout nature and involve components from the molecular to the planetary scale.

"Self-assembly is simply the holy grail of life, because it is the process that allows simple molecules to organize themselves into ever more complex molecules. This natural evolution towards complexity not only gives rise to inanimate patterns, but it is also the cause of the emergence of life-forms,” says Marcelo Dias and continues:

"This gives us an understanding of how the most primitive and simple forms of life have arisen spontaneously, because the right molecules have assembled themselves at the right time and under the right conditions. No one designed and built life; it arose completely automatically. And we can attempt to explain such processes mathematically."

So what do you do about the curly bit in your hair when you want to look your best?

"Just make peace with it. It's up to nature and mathematics."

Marcelo Dias is a scientist leading the research group ‘Mechanical Metamaterials and Soft Matter’ at the Department of Engineering at Aarhus University. He has obtained a PhD in physics from the University of Massachusetts, Amherst. Marcelo’s research ranges on a broad set of topics within theoretical physics and mechanics and he has a penchant for the slightly more untraditional areas of engineering science. For example, he has recently been involved in surprising new knowledge about human feet, which can explain the existence of a 3.5-million-year-old footprint. Read more about this here.